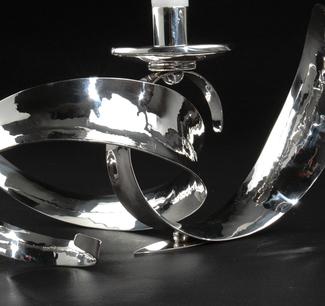 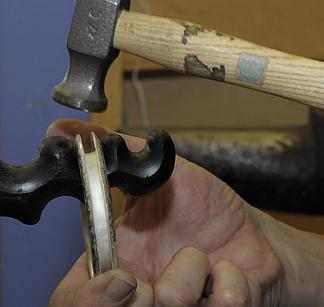 Anticlastic Raising for Jewellers and Metalsmiths

In this workshop you will learn the basics of anticlastic raising. This process allows you to create exceptionally strong, flexible, lightweight and organic looking three dimensional forms that can be used in your jewellery and hollowware designs. A flat sheet of metal is shaped by compressing it's edges and stretching the center so that the surface develops two curves at right angles to each other. This anticlastic raising workshop will focus on "open" or "monoshell" forms made from single pieces of thin sheet metal, working to create unique three dimensional forms.

Kevin will lead students through a series of exercises designed to teach the principles of anticlastic raising. This "hands-on" workshop  will provide students with an opportunity to create a series of three dimensional forms that can be used as reference points for future development in their workshops. By the end of the workshop you will have created a series of small sculptural forms that can be developed into earrings and bracelets as well as spiculum development for jewellery, hollowware handles and sculptural forms.

Anticlastic Raising can be incorporated into the one week Bracelet - Hinging and Clasps workshop.