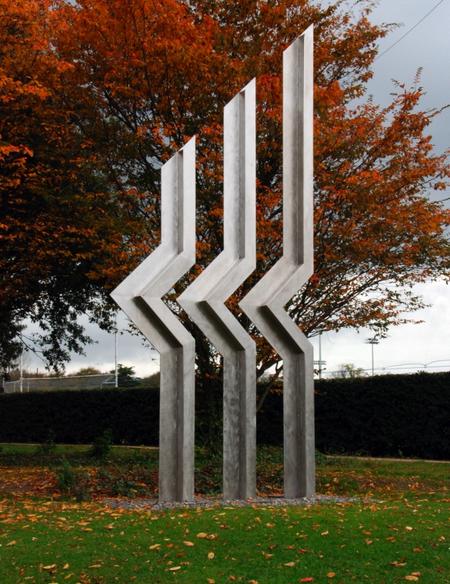 Na Fana Fuachtmhara - The Cold Hills was inspired by the incised chevron motifs found inside the Megalithic Passage Tomb at Fourknocks, Co. Meath. The chevron motif, a symbol common to many cultures throughout the world dating from the Neolithis period, is suggestive of the W-shaped constellation Cassiopera, which would have been visible through the passage tomb between 3000 BC and 2500 BC.

The sculpture installation incorporates this ancient symbol into a series of strong architectural forms as a contemporary play on the great standing stones found in Neolithic settlements throughout Europe. The sculpture celebrates the inter relationship between art and archaeology explored during the Sixth World Archaeology Conference held at University College Dublin in 2008. It is now located along the UCD campus sculpture trail.