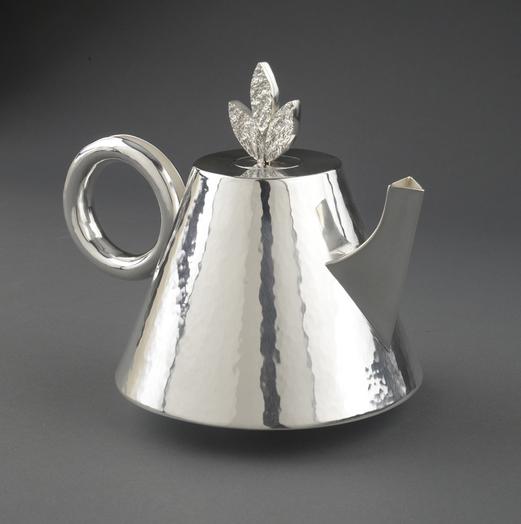 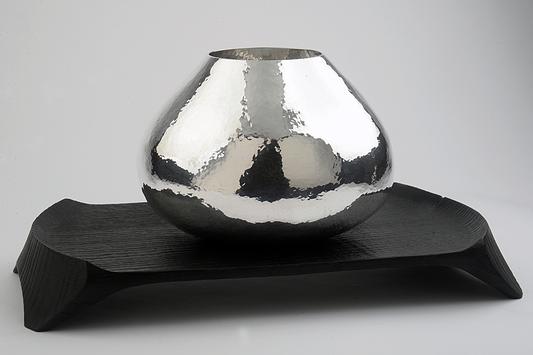 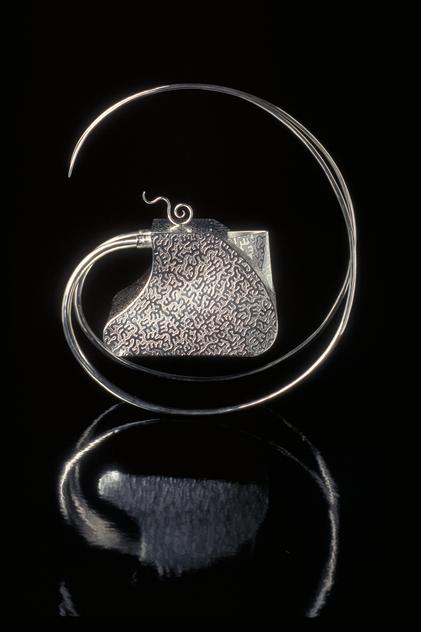 Sparkling Party features extravagant flourishes and forms which span any perceptible boundaries between art and craft. A pair of candlesticks with another, even more flamboyant centrepiece, are clearly functional but make a powerful statement, existing in and demanding their own space, and time to absorb their impact.

These works are sculptural, architectural and - although this is controversial - functional. A tiny teapot which would not pour a full cupful of tea carries much more than its own weight in a magnificent silver coil; beautifully ostentatious fronds float upwards in the items featured here from the series Below Sea Level.
This is a unique exhibition by a world-renowned artist, and very different to anything you are likely to see in the Biennial: so please don't be distracted by all the other wonderful work going on. This is well worth a visit!

Eclectic and Playful, the highly original metalwork of Irish artist Kevin O'Dwyer engages in a dialogue with history. O'Dwyer's 30 year involvement with the medium of metal renews the eternal qualities of early Irish art. O'Dwyer intergrates the traditional metalwork of his ancestors with a modernist aesthetic, and achieves remarkable crossover between the ancient and the contemporary.
​Metal In and Out of Time, John Grande

​Much like the artist himself, Kevin O'Dwyer's work is an unconventional mix of tradition and innovation. Dramatic and elegant in its form, the work engages the viewer to look beyond the main object to the space that surrounds. It whirls in a frozen dervish dance that embraces the air and makes the negative form part of the piece.
Michelle Bufano - Pratt Fine Arts Center. USA

O'Dwyer's extravagant teapots have the same confident presence as those Rocco examples of the eighteenth century that made teatime such a social and cultural focal point.
Helen Clifford, Curator , 20th Century Silver, British Craft Council